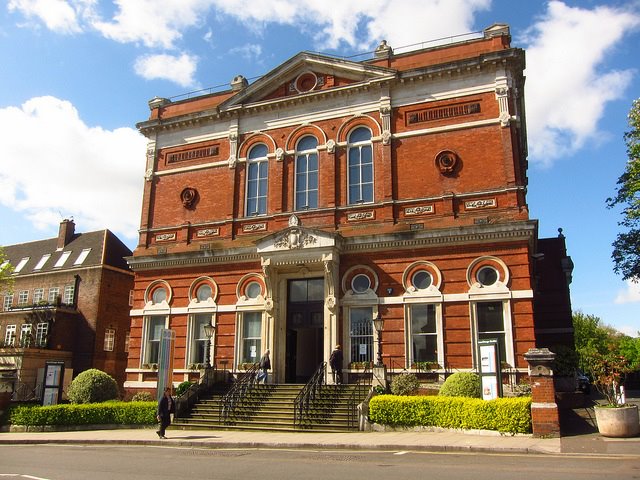 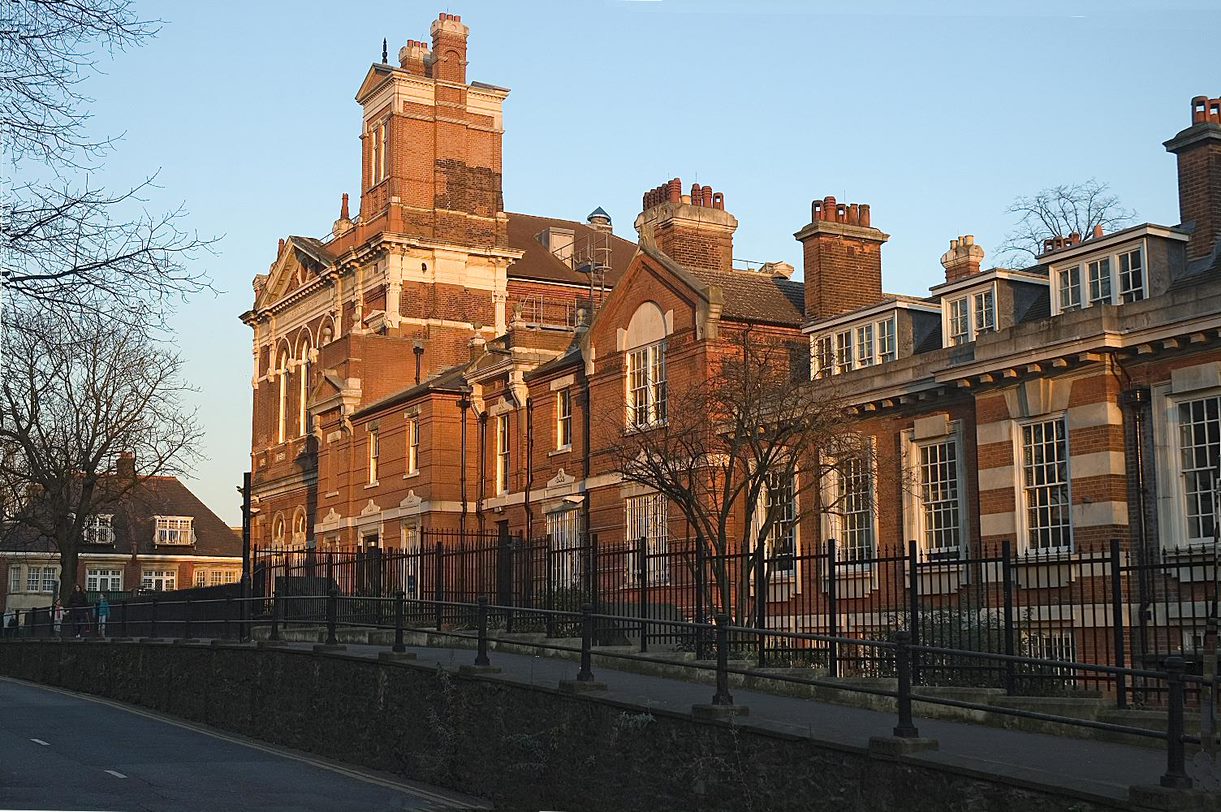 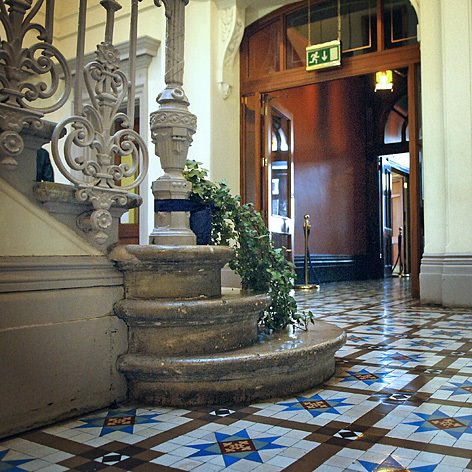 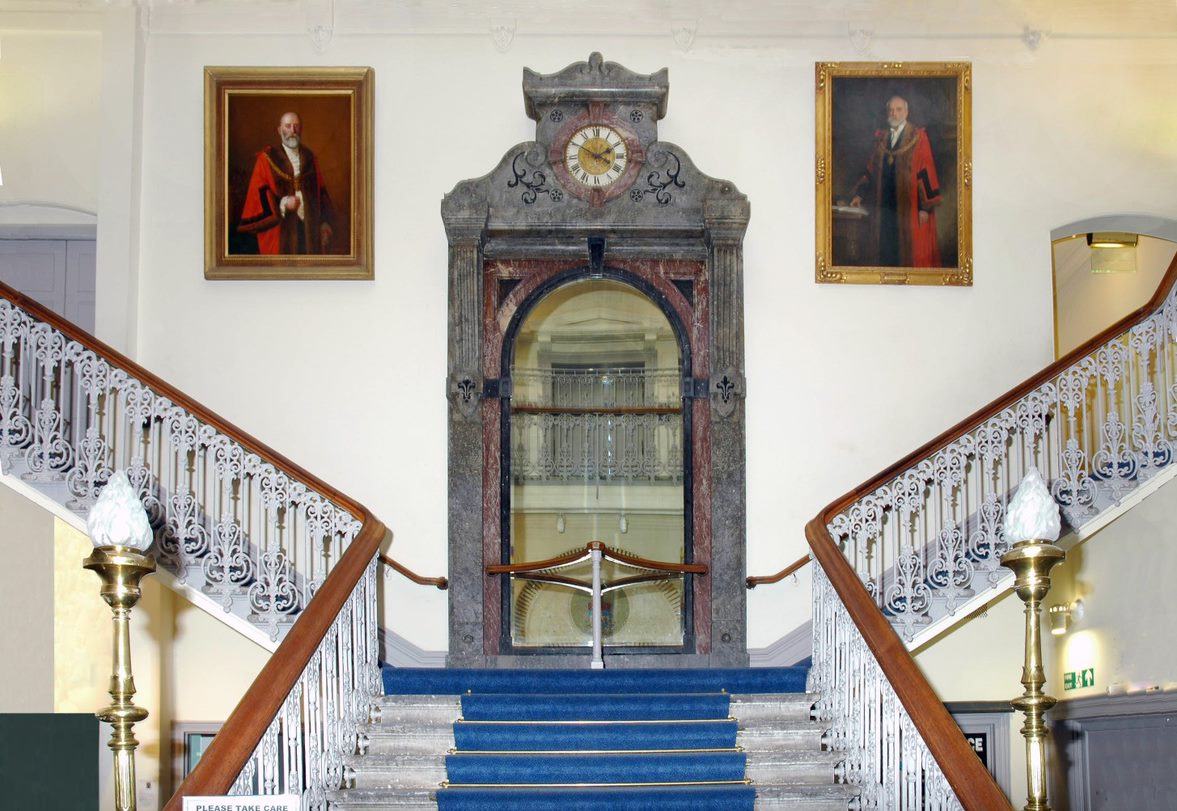 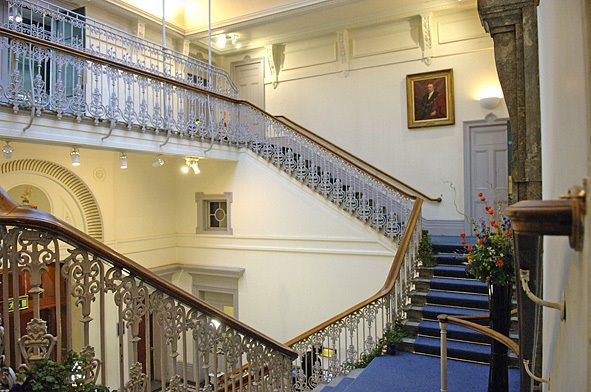 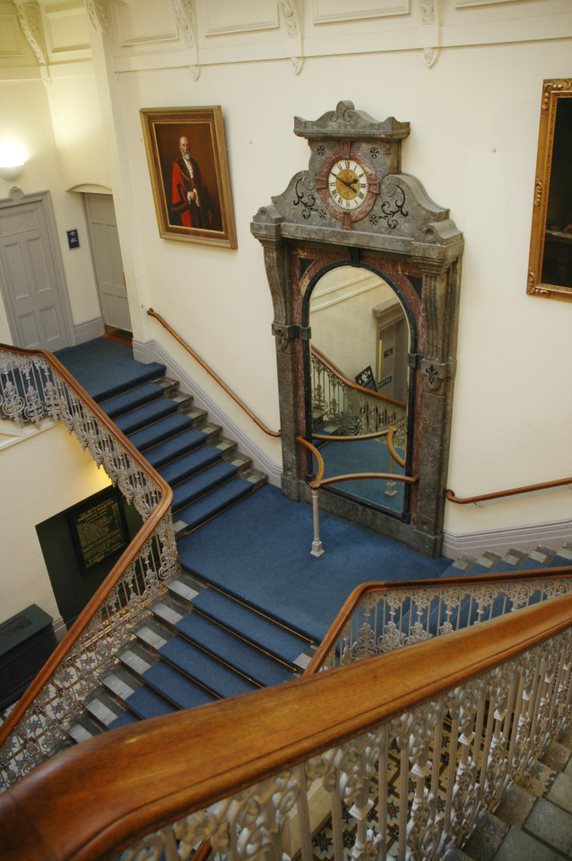 An impressive example of a Victorian vestry hall, designed in the Italianate style (with a Camp–er –nar–lee tower) hailed as ‘a decided ornament to Haverstock Hill’ in the Ham and High newspaper when it opened in 1878.

The building’s exterior has a symmetrical façade, flanked by sash windows, of Bracknell red brick with Portland stone dressings and Broomhall Company tiles. Many other original Victorian details can be seen inside, like the imposing ‘Imperial Staircase’ which overlooks a colourful floor of original Victorian tiling. Original cornicing, fireplaces and clocks can be found inside. The building also houses three war memorials, and the parcel of land holds several surviving Air Raid Shelters, in which original 1940s graffiti can be seen, drawn on the walls by locals taking shelter there during the Blitz. The Bell Tower was destroyed by a bomb in WW2 and was reconstructed in 2000. It was rebuilt based on a drawing… but the drawing was incorrect and the Bell Tower is in actual fact nothing like the original! View from top – you can see wembley, Dartford and St Pauls.

To support its increased functions, architect John Murray designed a substantial two-story Edwardian extension in 1910, built on the Belsize Avenue side of the building. Reflecting the Victorian structure, the extension was built in red brick with stone dressings, but its shape favours the Baroque revival style, popular at that time for public buildings. This part of The Old Town Hall remains in use as offices to this day.
In the 1960s Hampstead became amalgamated into the London Borough of Camden, and while the Old Town Hall continued to fulfil certain civic duties (not least as Hampstead’s Registry Office), by the 1990s it had fallen into disuse and disrepair. In 1994 it was listed as Grade II, and an energetic campaign to save it, run by the Friends of Hampstead Old Town Hall resulted in the building being converted into an arts centre. The Atrium arts block extension, designed by architects Burrell, Foley & Fischer, opened in 2000. In 1996 the Friends of Hampstead Town Hall was established and petitioned for the building to be saved. They supported WAC moving into the building to keep it as a building for the community. In 1998 Camden Council agrees to make WAC custodians of the building with a 100 year lease. In 1999 the arts block extension (the Atrium) was built to accommodate WAC activity. It hold two dance studios, a drama studio, recording studios and much much more! In 2013 WAC (Weekend Arts College) re-branded as Wac Arts as it became a seven-day operation ’empowering young people to change their world through the arts’! 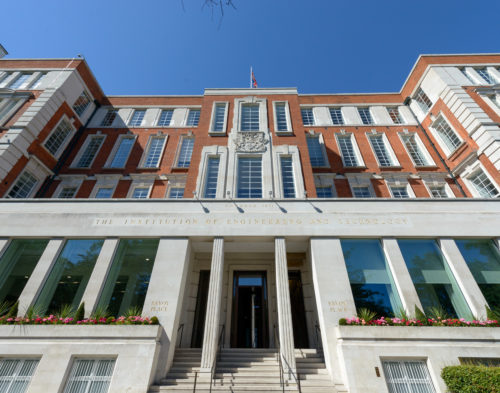 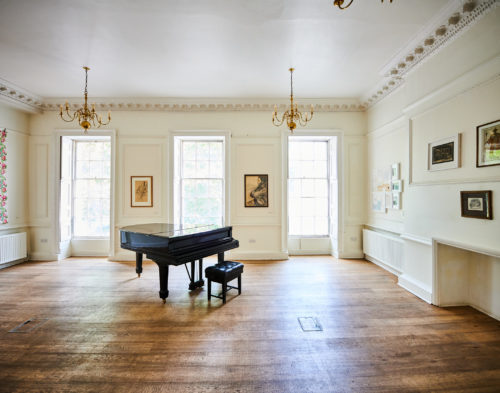